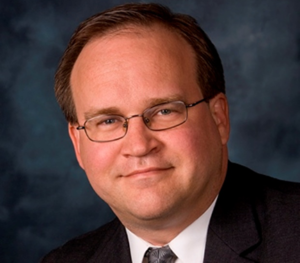 Prior to joining SiFive, Keith was Associate General Counsel and Director Autopilot Enablement at Tesla Motors. Prior to joining Tesla, Keith was VP of Corporate and Strategic Development at Advanced Micro Devices (AMD).  In his 14 years at AMD he served in a variety of legal, operational, business, and strategy roles leading large cross-functional teams that transformed AMD and larger tech ecosystems.

Prior to joining AMD, he spent three years at the law firm of Wilson Sonsini Goodrich and Rosati (WSGR) as a corporate/technology attorney co-leading the WSGR’s Austin Technology Transactions practice.  Prior to that, Keith was a part of Motorola’s Semiconductor Product Sector working in R&D, silicon manufacturing, SoC/CPU design, and legal.  He began his professional career as a software engineer at Gould Electronics in Racine WI, developing motor/motion control systems.

Keith earned bachelor degrees in Electrical & Computer Engineering and Computer Science at UW-Madison and a J.D in Law from University of Texas at Austin.  He is a prolific writer and inventor.  He has spoken widely at professional meetings and has  dozens of publications to his credit spanning law, business and technology. He holds more than 30 patents. 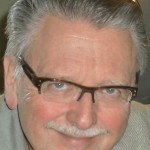 Allen Dines is an Executive Advisor at WISC Partners, a strategic operating capital fund founded by a group of Silicon Valley-based UW-Madison alumni. Allen has more than 30 years of experience at the executive level working at the interface of science and technology.  His passion is creation and growth of new ventures.  He is also active as a mentor and advisor with MERLIN mentors, 100State, gener8tor, Madworks Accelerator and MadVentures.  Most recently Allen was Assistant Director, New Ventures at the UW-Madison Office of Corporate Relations.  During his tenure at UW-Madison he founded or provided original inspiration for many of the programs and events that today are mainstays in Madison’s startup scene. In 2003 he founded the Midwest Research University Network (MRUN), an alliance of Midwest university commercialization managers and others focused on fostering startup ventures.  Prior to joining UW- Madison, Allen was involved in three startup ventures, all in the biotechnology sector two of which he co-founded and all of which sold to leaders in their respective industries.  Prior to these ventures, Allen was an Associate with Booz, Allen & Hamilton, Inc. in Bethesda, MD working with the Pharmaceuticals, Agrichemicals and Food practice.  Allen holds degrees from the University of Michigan including a B.S, a Masters in Natural Resources and an MBA. 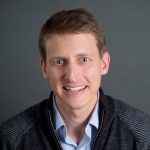 Prior to Move Counselors and Pythonic, Matt co-founded murfie.com, a music streaming platform and marketplace. He’s the inventor of the TurboTap, a device that pours draft beer faster and with less waste that’s used in pubs and stadiums worldwide. Prior to TurboTap, he helped pioneer streaming audio and video on the web at Vosaic, and he developed technology that grew the first food in space onboard the Space Shuttle Columbia.

Matt has received product-of-the-year honors from Popular Science and TIME Magazine. He has degrees in Electrical Engineering and Computer Science from the University of Wisconsin and is a recipient of the University’s Entrepreneurial Achievement Award. 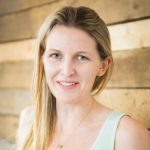 Abi is an attorney, author, and entrepreneur.  She is the Co-Founder & CEO of Allergy Amulet, a consumer food allergen detection company. She has been published in The Atlantic, Forbes, Idaho Law Review, Patagonia, Vermont Law Review, and the Wilson Center for International Scholars. She is the author of An Entrepreneur’s Guide to Certified B Corporations & Benefit Corporations and co-author of A Legislative Guide to Benefit Corporations: Create Jobs, Drive Social Impact, and Promote the Economic Health of Your State. Abigail was recently named to Business Insider’s Top 100 coolest people in food and drink. Allergy Amulet has offices in Madison and Boston and is a graduate of Madison-based gener8tor. 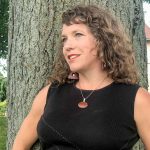 Amelia Baxter believes that the 21st century built environment is filled with opportunities for trees. Baxter co-founded WholeTrees in 2007 to develop and sell products and technologies that would scale the use of waste-trees in commercial construction, increasing forest revenues, and offering green construction markets a new material for the 21st century. Amelia has led project teams in over $2M in USDA research grants working toward the commercialization of the tree’s natural engineering. By raising equity investment for her company, attracting national executive talent, and pinpointing nascent urban markets for trees as structure, Baxter has participated in the growth of a truly conscious and regenerative company. 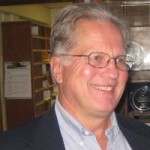 Dennis Barnum has over thirty years’ experience in the high-technology and services industries, primarily in computer software and services. He holds a master’s in nuclear engineering from the University of Wisconsin-Madison and participated in the MBA program at the University of Minnesota. He began his career at the Idaho National Engineering Laboratory. He subsequently spent several years with Control Data Corporation in Minneapolis in a variety of management positions in the domestic and international software and services divisions. Since 1986, Barnum has been involved in either high-tech startups or recovery of high-tech companies. He has founded several technology companies, and has led turnarounds of several others. He is active in the Merlin Mentors program and is currently helping his wife Debby grow her rapidly expanding company, Patient Care Partners, as an “unpaid intern”. 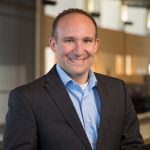 As a third-generation construction professional, Chad likes to say that construction is in his blood. He can’t remember a time when he didn’t love the idea of building or improving things. Especially when he visited his own dad on job sites where he worked when Chad was just a toddler. Plumber apprentice, laborer, pipe layer, and equipment salesman are all positions he’s held in his past. Since joining Findorff 13 years ago he’s added Yard Superintendent, Group Manager of Special Projects and now Business Development to his resume. Chad’s passion and unique industry perspective have allowed him to look at construction in a different way. For example, Chad likes to look at innovation and technology as opportunities to provide more intel and a better product to customers. He is proud to have been the driving force behind American Family Insurance’s project called The Spark, winning the City of Madison’s approval via a virtual reality presentation. This is the first time that was done successfully in the United States. Chad is part of the Innovation Team at Findorff and I know he is looking forward to sharing his thoughts on where the construction industry is headed.  Prior to joining Findorff, Chad worked at Oscar Meyer in the Madison plant.  Chad graduated from UW-Whitewater with a degree in Production Operations Management. 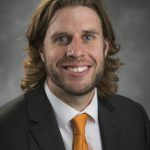 Joey Frayne is a technology investment manager for the Wisconsin Economic Development Corporation. His primary role with WEDC is to work with entrepreneurs, investors, service professionals, economic development professionals, and government officials to assist high tech startups and early stage businesses address their funding needs.  He is also a co-manager at 1 Million Cups Madison. 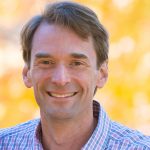 Eric Horler joined AIQ Solutions as CEO in September 2018. Before joining the AIQ team, Eric was President and CEO of Swallow Solutions LLC, a medical device start-up with both therapeutic devices and functional beverages for dysphagia patients. At Swallow Solutions, Eric successfully raised seed capital, grew the team, established the supply chain, drove sales growth, and executed a complex reimbursement strategy. Prior to Swallow Solutions, Eric was General Manager, Premium Anesthesia and Respiratory Care, at GE Healthcare. In this role, Eric was responsible for a $220 million global business and a large team spread over three continents. Under Eric’s leadership, the GEHC team developed and commercialized two major systems, driving sales growth four times the global market average. Previously, he held a series of marketing and business development roles at Baxter Healthcare, including Director of Renal Products and Services for the Latin America region. At Baxter Latin America, Eric’s team successful launched a premium drug product in four countries, acquired a services business in Argentina, and entered new market segments. Eric has a B.S. in Chemical Engineering from Rice University and both an MBA and Masters of Engineering Management from the Kellogg School of Business. 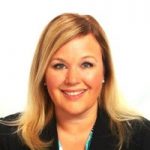 Jennifer Javornik is a technology executive who specializes in business development, partnership management, revenue growth, and entrepreneurship. She is currently the Vice President of Sales for Filament Games, a video game studio that specializes in digital games, simulations, VR and AR experiences for impact.  She is also a founding member and former Executive Director of the Wisconsin Games Alliance. For kicks, Jennifer authors a series of children’s books highlighting real-life working moms in STEM careers. Jennifer has a B.A. from Dartmouth College and an M.S. in Information Technology from Northwestern. 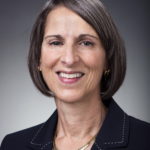 Susan LaBelle has over 30 years of marketing, new product development, and business strategy experience in the health care, pharmaceutical, and medical products industries. In 2003, she moved to Madison, WI to join Covance where she served as Global Vice President of Marketing. Most recently, Susan was Managing Director of the Office of Corporate Relations UW-Madison, working with companies of all sizes to help them achieve their goals by connecting with the resources at UW.  In several of her previous positions, Susan had the opportunity to be an intrapreneur, working with small teams to start new businesses. In addition to her experience at mid-size and large companies, Susan has provided consulting on strategy and marketing to companies, nonprofits, and higher education institutions.

Susan is currently a course leader and Faculty Associate in the Master of Science in Biotechnology program at UW-Madison, an active mentor with MERLIN, and has served on the board of directors of several local non-profits, including BioForward, the Literacy Network, Wisconsin Technology Council, and Madison College Foundation.  Susan has an undergraduate degree from Northern Illinois University, and earned her master’s in marketing and management from the Kellogg School of Management at Northwestern University.

Josh Shefner is the Founder and CEO of Agricycle, a Wisconsin Benefit Corporation operating globally with the mission of transforming food loss into opportunity for rural women and farmers. Josh has worked in seven countries to prevent food loss through appropriate engineering and social entrepreneurship and to-date has created a network of over 11,000 farmers. He won the Global Student Entrepreneur Award for Wisconsin and has been selected to participate in the inaugural cohort of Target Incubator. Josh is also a Senior City Counselor for Illinois Premier Boys State, hosted by the American Legion, and was a Special Registration Deputy for the City of Milwaukee. Most recently, Josh was selected by the U.S. State Department for a citizen diplomacy initiative in Liberia. Josh studied structural engineering at an engineering school in Milwaukee. 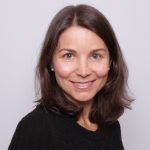 Susie Younkle is Program Director for MERLIN Mentors, a startup mentoring program sponsored by University Research Park. In this role, she coordinates the organization’s 100+ volunteer mentors and supports its many early stage entrepreneurs. Susie also enjoys helping start and grow businesses, with a particular focus on the financial aspects of startups. She currently manages accounting for a few Madison-area small businesses, including Pythonic AI and the Forward Festival. She was previously Controller for Madison startup Murfie Music and Chicago-based TurboTap, maker of a patented device for pouring draft beer. Susie is passionate about volunteering and she serves in board and leadership roles with several non-profits, including the Madison Public Library Foundation, Wisconsin Union Association, and Junior League of Madison. She is a graduate of the Wisconsin School of Business with a degree in Finance.

Note: The Summit is included with Forward Pass purchase but registration is still required.  Use your VIP code to zero out any fees